Since we are putting the Steller Watch project and blog on hold while we are away in the field, we wanted our final Sea Lion of the Month posting  to be a special one. It’s a double whammy! Many of you nominated M631 and guess what? We did some digging and confirmed that her juvenile is the same 178M that you have been seeing in images. We confirmed this with images of M631 nursing 178M on multiple occasions. It is a pretty rare and special thing to see a mother-pup pair that are both marked. 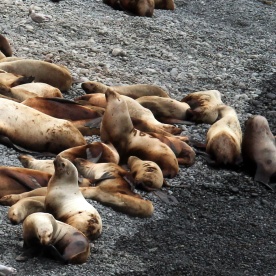 Both sea lions were born on Medny Island (Russia). M631 (the mother) was born in 2004 and marked on June 27th. She weighed about 60 pounds (27 kg) and was almost 3.5 feet long (105 cm). She remained at Medny Island throughout her younger years and was seen with her first pup in the summer of 2010.  So far, she has had six pups total. As you can see from the timeline below, she took break after her first pup during summer of 2011. During this summer, we actually saw her in the remote camera images at Cape Wrangell.

Every summer after that she was seen back on Medny with a new pup each year! It’s great to see females having a pup every year instead of every other year, which is more typical out here in the Aleutian Islands. 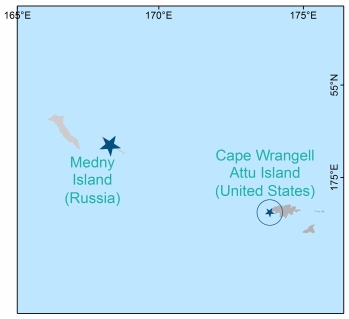 We will share the stories of two marked sea lions each month. Be sure to check-in on the 1st and 15th of every month to learn about our featured Steller sear lion. You may nominate a sea lion by submitting their full mark on the Sea Lion of the Month nomination forum. Thank you all for your nominations!