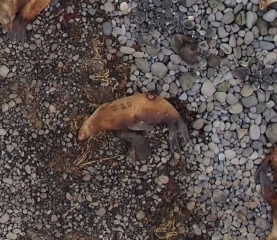 Although you haven’t had the opportunity to see this month’s Sea Lion of the Month, you can expect to start seeing her since we just added new images to Steller Watch from the cameras stationed at Cape St. Stephens on Kiska Island. We observed this month’s featured sea lion, =30, at this site during all of our research cruises to the Aleutian Islands, including this year in 2016! We even spotted her from our hexacopter (or drone) images (right)!

During the fall female capture trip in 2014, =30 was captured at Cape St. Stephens on October 3rd. She was picked among many females because she was positioned in an ideal location to be safely darted, and was observed with a pup. She weighed an amazing 776 Ibs (352 kg), was 8.5 ft (259 cm) long, and over 5.5 ft (170 cm) in diameter, measured just under her front flippers. That is a big adult female sea lion!

She was marked with an “=” (equal) sign because she was not captured and marked as a pup so we do not know her birth place. Other than the superficial wound on her lower back, she was in great shape. You can still see the scar on her side, even three years later!

Each time we have seen her has been at Cape St. Stephens (below, left image) and she was with a newborn pup in 2015, 2016, and 2017! Be sure to keep an eye out for =30 and her pup! According to the satellite data from her tag, she is quite the home body and will likely stick around Kiska Island. 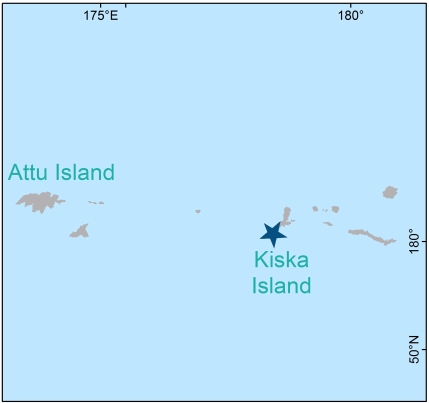 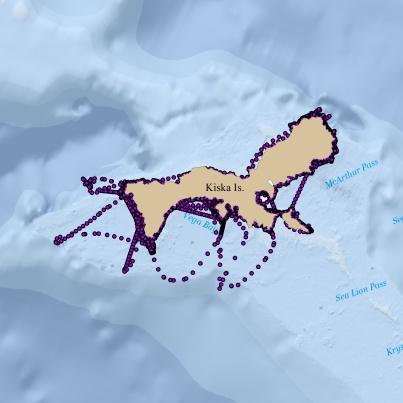 Interested in other featured pinnipeds (seals and sea lions)? Check out our neighbors in the Pacific and their species in the spotlight, the Hawaiian monk seal! You can see their August Monk Seal of the Month here!